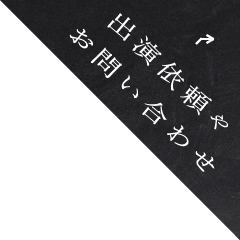 Takahiro Onishi is a promising young tenor singer whose unique career path has led him from office worker to opera singer. Born in Kagawa prefecture, on Japan’s Shikoku island, Onishi moved to Tokyo to attend Sofia University. Despite finding work in the hotel industry, he was unable to give up his dream to be an opera singer.

He returned to study – this time to a course in vocal music at the Japan Opera Foundation – joining the 31st class of graduating students in 2010. More recent highlights have included a collaboration with Japanese choreographer Mohri Suzuki, which led a performance in 2013 at Tokyo’s newest landmark: the Skytree tower.

His background and training has brought Onishi to an idea of opera that includes elements of traditional Japanese culture.

In 2014 he made his soloist debut, performing the role of Kyusuke in‘Syunkinsyo’at the New National Theatre, Tokyo.

With his mastery of Japanese melody, Takahiro Onishi’s soft and intelligent vocal style have secured his reputation as an emerging artist.